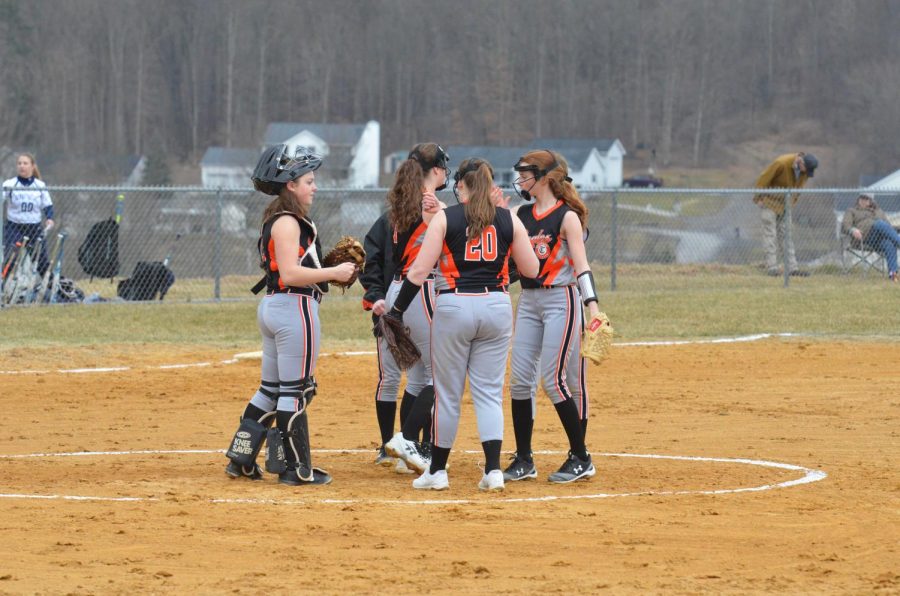 The Lady Eagles secured their first winning season in 15 years after a  22-1 win against Hollidaysburg in five innings.

The game started with three scoreless innings, but in both the fourth and fifth inning Tyrone scored 11 runs.

The Lady Eagles got off to a slow start at the plate helped by some great plays by Hollidaysburg, but home runs by Ella Pearson and Maci Brodzina and a bases loaded triple by Maecy Tuskovich helped to break the game open.

In the fourth inning, Maci Brodzina and Ella Pearson both hit a long ball for a home run and had a singles earlier in the inning. Callie Maceno and Macey Tuskovich has hits in the inning too.

In the fifth inning, Brodzina, Cate Baran, Maceno, Sydney Shaw, Madison Coleman, Pearson, and Victoria Reese each had a hit. Coleman had a double and the rest were singles. Also, seven got walked by pitcher by Kyla Hatch.

Cate Baran had another great night on the mound.   Baran threw a one hitter and struck out eight in five innings. In total, the Hollidaysburg pitchers Oakley Fox-Kern and Hatch walked 15 and gave up 13 hits.

Tyrone’s next game is Friday May 3rd against Philipsburg at 4:30pm at home.