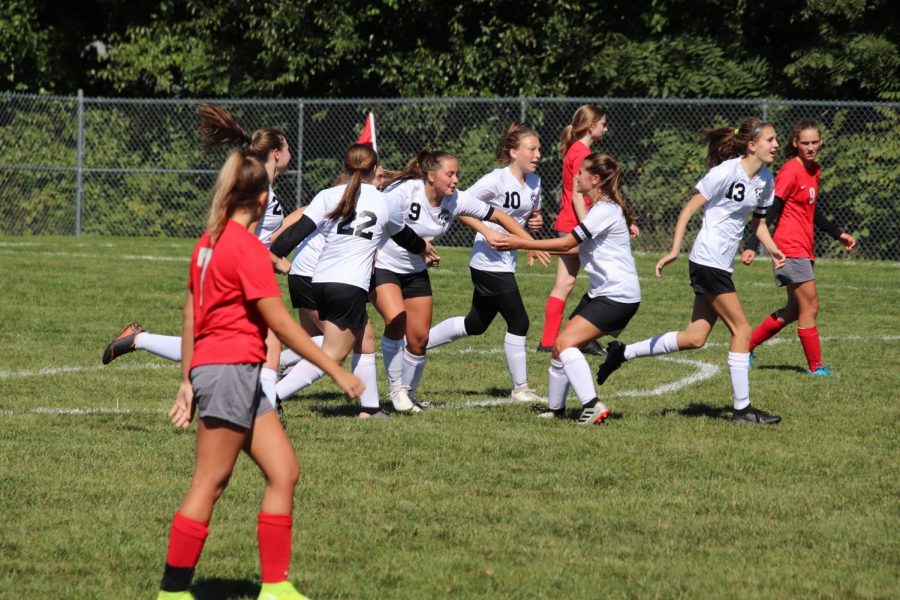 The Lady Eagles fell to Clearfield on Thursday, September 17th.

The girls held up a strong offensive line against the Bison but the defense failed to hold the backline allowing Clearfield to take advantage and score early and often.

Vance had a goal right on target after crashing the net for a cross right through Clearfield’s defensive line. Moore scored by beating the ball right past the goalie for a shot on an open net.

On Saturday, September 19 the Lady Eagles tied Central 2-2 in a hard-fought double-overtime contest.

Sophomore Chloe LaRosa scored both of Tyrone’s goals. The girls held up a strong offense and defense during the Central game only allowing 2 goals.

Playing to feet allowed LaRosa to speed past the Central defense scoring the first goal of the game.

The next goal was also scored by LaRosa settling the ball right into the back of the net off a rebound.

Neither team was able to take advantage of either of the overtime periods, ending in a 2-2 tie.