Lady Eagles Get First Playoff Win in Over 15 Years 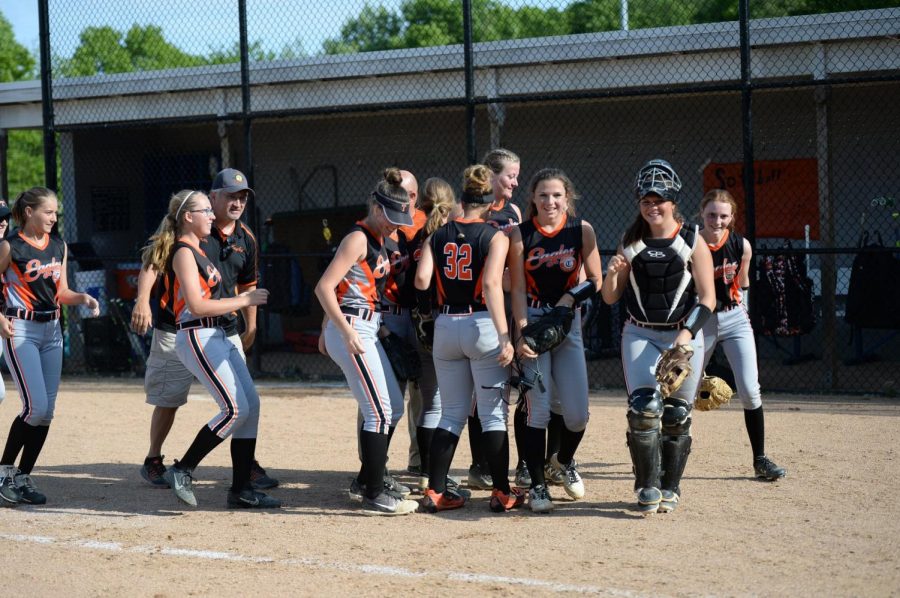 The Lady Eagles got their first playoff win in over 15 years against the second seeded Cambria Heights Highlanders. Tyrone advances to the final against number four seed Bellefonte.

The Lady Eagles retired the first 13 batters of the game. Baran struck out eight out of the nine in the lineup in their first at bats. Cambria Heights had two hits by Emma Stockey and Karli Storm.

Tyrone scattered their next two runs in the third and sixth inning. In the seventh inning, Victoria Reese started off the inning with a single to the left fielder. Maecy Tuskovich then drew a walk and Brodzina singled to load the bases. Reese and Tuskovich scored on an error by catcher. Baran singled to centerfield to score Brodzina. The score was 7-0 at the top of the seventh.

Cambria Heights scored their only two runs in the bottom of the seventh. Their first two batters reached on errors and Stockey hit a triple to score them. The Lady Eagles then shut them out the rest of the innings.

The Lady Eagles play Bellefonte on Thursday May 30 at 5pm at St. Francis for the District Title.