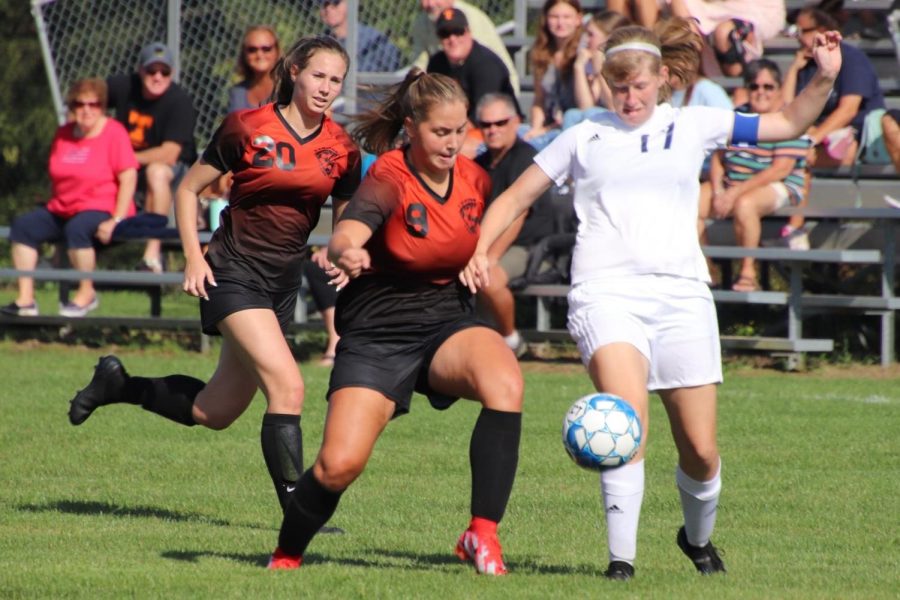 Junior Chloe LaRosa took many shots at Hollidaysburg's goal but was unable to make any in. (File Photo)

The first time Tyrone played Hollidaysburg this season, they fell in defeat 5-0. In that game, Tyrone was at a disadvantage with four players out due to Covid contact tracing. But now, the Lady Eagles were back with all their players ready to play.

In the end, the Lady Eagles fell 2-0 to the defending 3A District Champions, but the game was much more competitive than the previous matchup. Tyrone took many shots on goal but couldn’t put any past Hollidaysburg’s quick keeper.

The game went scoreless for most of the first half until Hollidaysburg scored with a lucky rebound shot. The goal was scored when Hollidaysburg’s Johnson shot the ball and it bounced off one of Tyrone’s defenders. Johnson then followed the rebound and shot into the bottom corner of the net.

Both teams continued to push with high intensity while they stopped each other from scoring. In the last few minutes, Hollidaysburg scored their second goal. Tyrone made a simple miscommunication in their backline which led Hollidaysburg to score in the center of the net.

Although the score may not show it, the Lady Eagles took many shots on the net and showed improvement from their first game against the skilled team. All the girls played with high intensity and were proud of how well they played, even if the scoreboard didn’t show it.