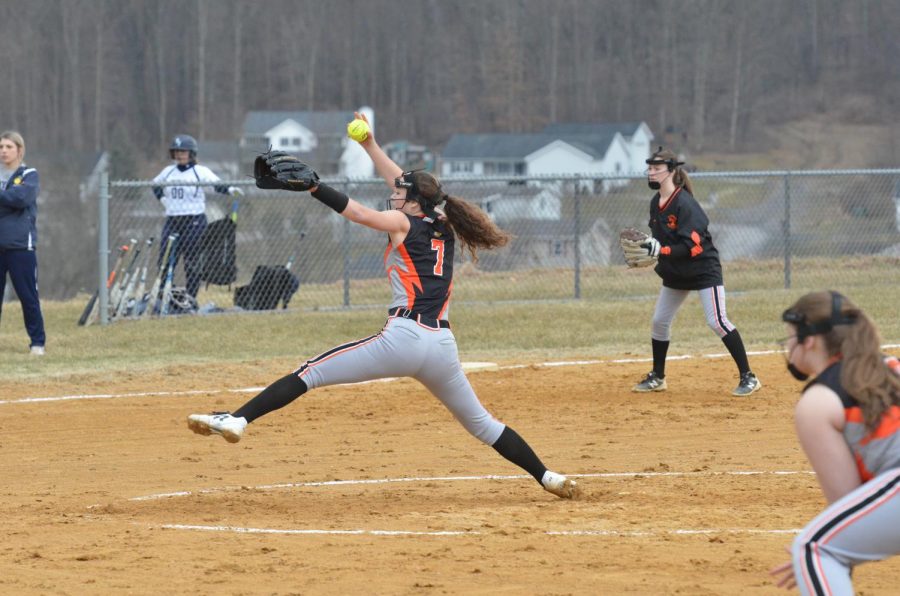 Despite only recording two hits, the Lady Eagles defeated Mountain League opponent Clearfield 1-0 with a run scored in bottom of the sixth inning.

Maci Brodzina led off the sixth inning with a single to the shortstop. Brodzina then stole second and advanced to third on an error. With a runner in scoring position, junior Cate Baran got the winning RBI on a fielder’s choice to short that scored Brodzina from third.

Earlier in the game, Callie Maceno had the Eagle’s only other hit, a double, in the fourth inning.

The Lady Bison had four hits on Tyrone’s starting pitcher Cate Baran, but the Lady Eagles were able to strand all the Bison base runners in a classic pitcher’s duel.

Baran had ten strikeouts and Clearfield starter Emma Hipps struck out nine for the Bison.

The Lady Eagles improved their record to 10-4. Their next game is against Hollidaysburg today, Tuesday, April 30 at Legion Park at 4:30 pm.