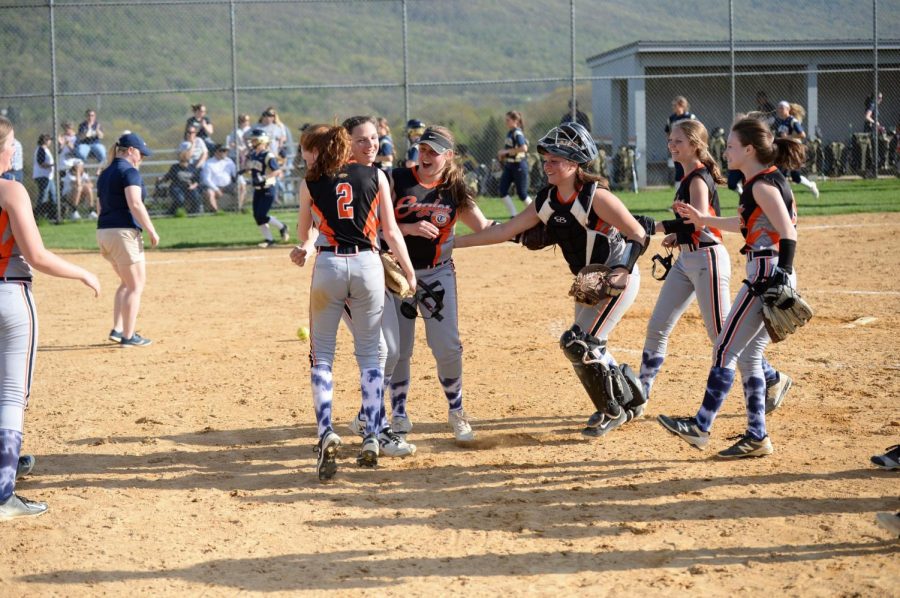 Junior Cate Baran tuned in a dominant pitching performance for the Lady Eagles.  She pitched a two hitter, striking out eight, walking no batters in a seven inning complete game.

Both of Tyrone’s runs were driven in by junior Ally Jones and scored by sophomore Ella Pearson.

In the bottom of the second, Pearson got on by an error to the third baseman. She then stole second then reached third on an error by the shortstop.

Jones then singled on a fly ball over third baseman’s head to score Pearson.

In the sixth inning, Pearson singled to shortstop with two outs. Pearson stole second and advanced to third on another error by shortstop. Jones then singled again, this time to left field, to score Pearson.

“We played our best game and came out on top,” said Jones.

Jones was two for three and had two RBIs. Other hits were by Maci Brodzina, Pearson, and Winnie Grot.

It was Tyrone’s first win over BEA in many years.