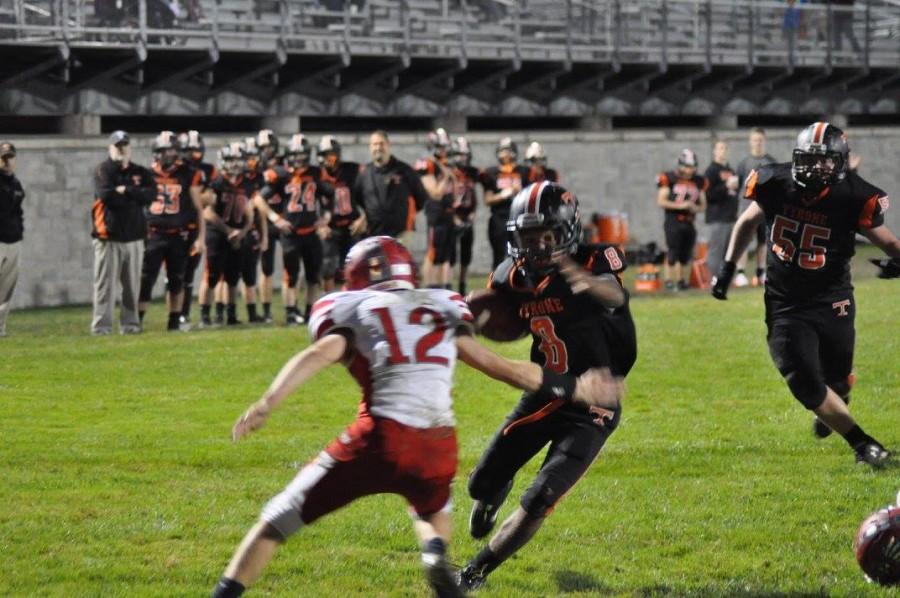 RaShawn Hicks rushed for over 100 yards vs. P-O

RaShawn Hicks rushed for over 100 yards and a touchdown and quarterback Jake Meredith had a pair of touchdowns, one rushing, one passing to lead the Golden Eagles to a comfortable 20-6 victory over P-O.

“I was proud of myself on how I did. I felt like I was a huge part of the offense and really helped the team,” said Hicks.

Tyrone also had other players playing new positions for the first time ever. Meredith stepped up at quarterback with the injury to Denver Light. The receiving core is now limited to Brett Robinson and Jamal Hicks.

“I won’t lie, I was a bit nervous,” said Meredith, “After a few plays I got the hang of it and just played a little backyard ball.”

Despite scoring on their first drive, the Mountie offense was no match for Tyrone’s defense, which was dominant for the rest of the game.  Tyrone had three interceptions from Meredith, Robinson, and Josh Maceno.