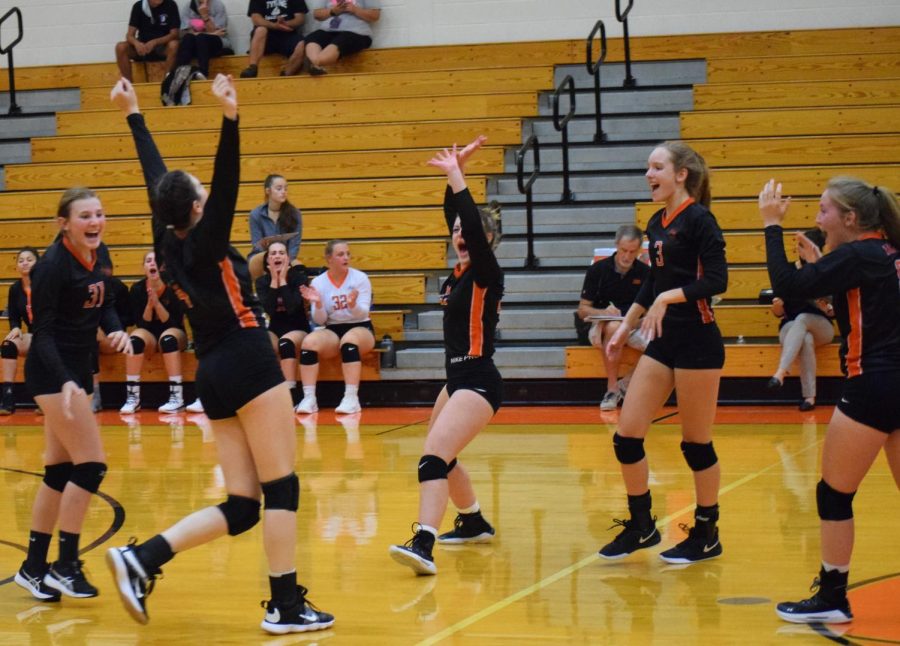 Tyrone’s recent game against the Hollidaysburg Lady Tigers had the energy and the feel of a rivalry game because many players on both teams knew each other and played on club teams together.

The game did not disappoint, but the Lady Eagles lost to Hollidaysburg in five sets.

The first set began with the Lady Eagles in serve receive. From the first point, Hollidaysburg’s defense was too much, blocking most of Tyrone’s shots, and winning the first set 16-25.

Tyrone began to adjust to Hollidaysburg’s defense and the second set was much closer, but the Lady Tigers still won 21-25.

But in the third set, the Lady Eagles had regrouped and were getting better ball placement.  They won the next two sets 25-16 and 27-25, forcing a match-deciding fifth set.

This set made everyone stand up, and increased the energy level in the gym. The fifth deciding set went back and forth, until the Lady Tigers got on top of Tyrone, winning the set and match 15-11.