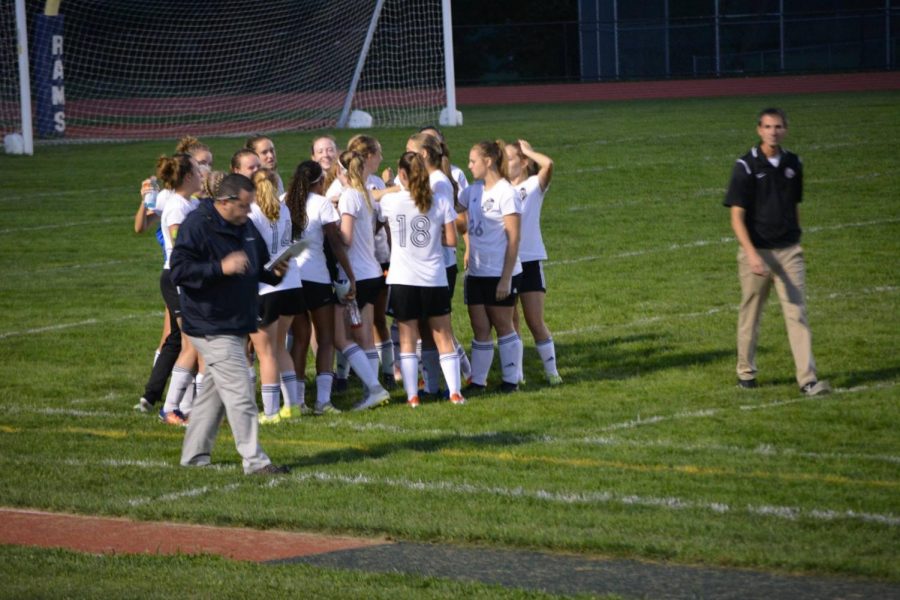 Girls soccer scores first to Huntingdon, but falls short in the second half losing 4-1.

Riley D’Angelo has the first and only goal of the game for Tyrone with an assist from Kendall Markley.

Tyrone wanted to start this game off with a bang because of the past recent starts which have been slow. D’Angelo and Markley both tricked up the defensive line until it was them left with the keeper. Huntingdon’s keeper came out of the 6 yard box, and D’Angelo took her shot for the goal.

During the first half, Tyrone possessed the ball on Huntingdon’s side, but Huntingdon scores later in the half to be winning 2-1.

Tyrone had less intensity in the second half, and let Huntingdon score two goals in the first three minutes. Tyrone continued to battle with Huntingdon in their own end. Huntingdon’s defense stayed strong through the second half not allowing Tyrone to have many opportunities for goals.