Getting Defensive: Tyrone Has Close Call Against BEA 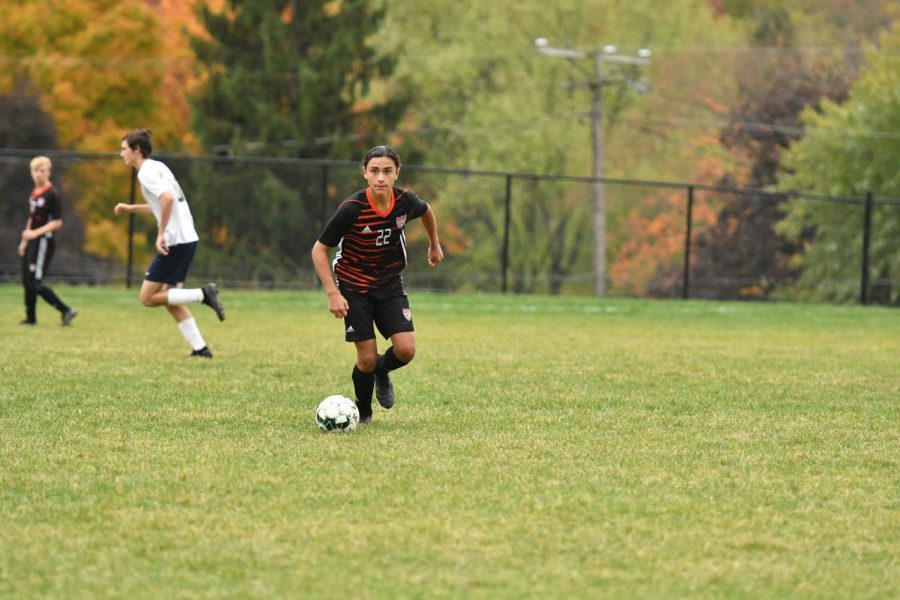 “It was definitely a winnable game, maybe the most winnable one we’ll have all season,” said sophomore Rocky Romani. “I was hoping we could at least put some points on the board, but with our formation, we leaned more towards stopping goals, which we did for the most part.”

For the past two years, Tyrone took down the Bald Eagles, and going into this game, Tyrone hoped for their first win of the season.

All season, Tyrone has been working hard to avoid conceding goals, including using an extremely defensive formation. Finally, after letting in double-digit goals in several consecutive games, the Golden Eagles managed to keep the score close this time.

The defensive posture worked well, and the Golden Eagles went into halftime down only 1-0.

This was a big achievement for the young Tyrone team. All of their hard work and persistent attitudes were finally paying off.

Although Tyrone had the intention to score, or at least not let the Bald Eagles score another goal, with few subs to put into the game, they started to get tired in the second half. This led to two more BEA goals.

While Tyrone let in two more goals ending in a 3-0 loss, it’s fair to say they played their hardest.