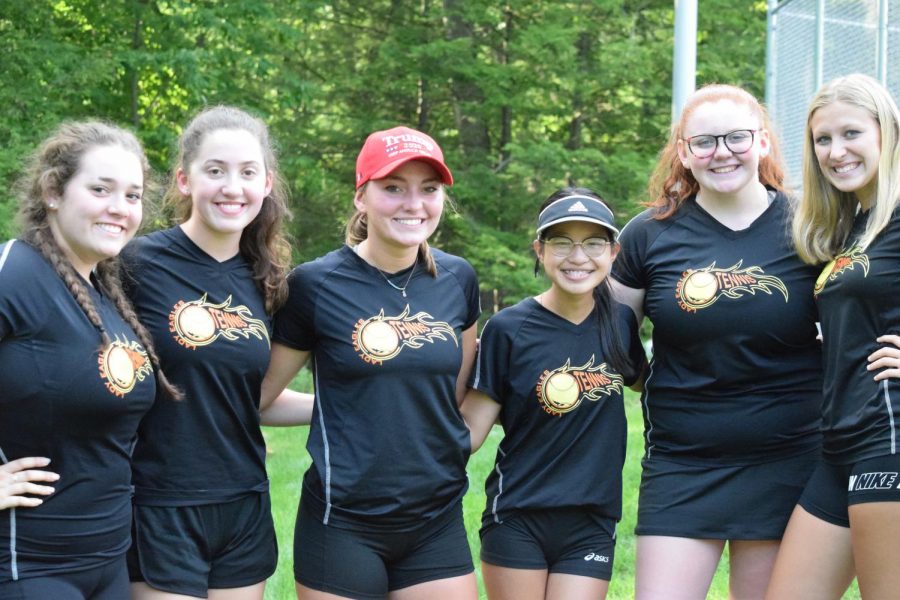 The Tyrone Lady Eagles tennis team had a tough season this year. Along with all the other fall sports, the tennis team had to deal with the struggle of having a season with COVID-19. Luckily they were able to get through their season in an impressive few months.

This year was more of a learning year than anything for the team. After having only seven of the sixteen players returning, the team was worried that their performance would not be as well as other years.

With a lot of determination and practice and Lady Eagles earned a record of 8-6.

“The team had a very good year and each player and the team overall made a lot of improvements,” said the top two singles players, Victoria Reese and Rachel Stricek. Both are excited to see what next year holds.

“We had a great season; we were 8-6 overall but 4 of our losses came from playing Altoona twice, and Hollidaysburg twice so we were 8-2 against schools our own size. We had a doubles team placed 2nd in Districts and most importantly I saw every girl improve and gain confidence in their abilities,” said Irvin.

The team is looking forward to next season as they continue to build their abilities and skills. They also hope to gain new players because next year, six out of the nine players will be seniors.