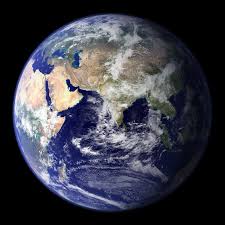 Earth Day is set apart from all other celebrations because it is the celebration of something which humans didn’t create.

Instead, it celebrates the thing which created us. April 22 marks the anniversary of the birth of the modern environmental movement in 1970.  A day to focus on what we as humans can do to sustain and improve the environment on which we all rely.

One of the most basic things we can all do to improve the health of our planet is to recycle paper waste.

According to the University of Southern Indiana, enough wood and paper are thrown away to heat 50,000,000 million homes for 20 years. That is approximately one billion trees worth of paper per year. Americans alone use 85,000,000 tons of paper which is estimated to be about 680 pounds per person.

Schools are among the biggest users of paper. According to the American Federation (AFT) of Teachers, schools use 4.7 pounds of paper per person every day.

According to AFT each ton of recycled paper can save 17 trees, 380 gallons of oil, three cubic yards of landfill space, 4,000 kilowatts of electricity and 7,000 gallons of water.

As well as being good for the environment, recycling is also good for the economy. Some estimates say that throwing away 10,000 tons of waste creates 6 jobs while recycling the same amount will create 36 jobs. According to the EPA, recycling accounts for 757,000 jobs and $36.6 billion in wages across America, including right here in Tyrone.

Recycling is an obvious choice for schools and inevitably will lead to the saving of an enormous amount of trees. 3.5 billion to 7 billion trees are cut down a year.

If we continue this path of cutting down trees as well as wasting paper, there will be no trees left. The planet is still ours, let’s act now.