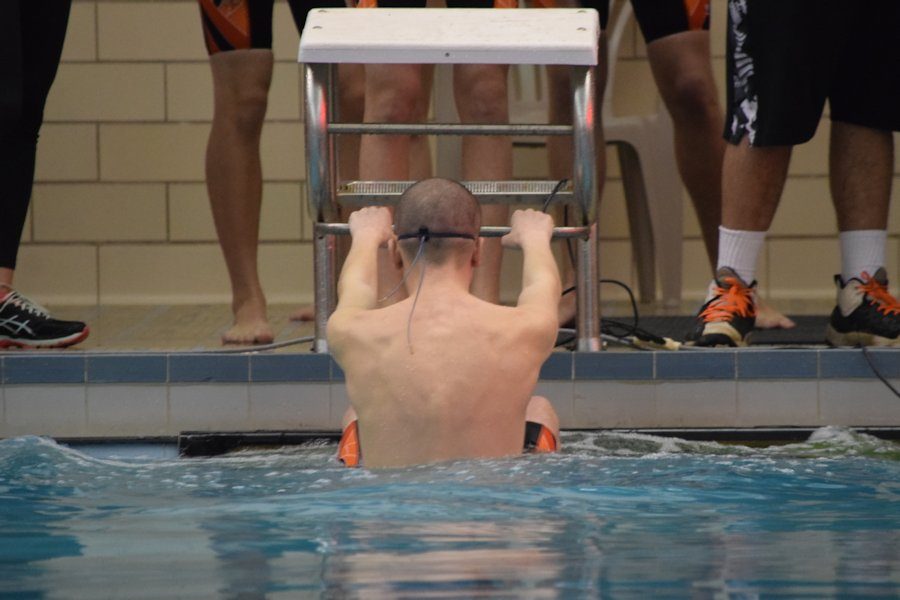 “We did well for our second meet. We had improved times. Clearfield is one of best teams and is District competition. It’s early in the season and things are going well so far,” said varsity head coach Tom Getz.

Though both teams were outperformed, both Eagle teams records evened to 1-1.

Click the link below to view the official heat sheet from the meet:

“I think our team did well but we need to improve on our starts, turns, and finishes. It was good to compete against a good team. It only makes us better. I love Tyrone and the people that I have the opportunity to swim with,” said sophomore swimmer M. Decker.

“We knew they were a good team coming in, but we still did our best to compete with them. They were a better team and we will continue to work hard to improve. I hope we will improve our times, make good memories and become stronger as a team,” said Coleman.

Bellwood junior Ashtyn Payne dropped four seconds from her previous 100 breast time. She placed fifth with a final time of 1:36.70.

Bishop Guilfoyle sophomore Lenze finished second in the 100 breast with a time of 1:11.43.

Carter Maceno earned a third place in the 500 free. He improved by four seconds from his previous time with a final time of 6:38.76. Maceno also dropped four seconds in the 200 free.

“For as young of swimmers as we have, we had a good bit of good races. [We need to improve] our technical work for our turns, breathing and kicks. I hope we have more dedication towards making our team better,” said junior Maceno.

Senior Matt Beam dropped 12 seconds from his previous time in the 100 butterfly event.

Bellwood swimmer Hunter Gregg improved by nine seconds in the 100 free. He also worked off 57 seconds from his previous 500 free time, finishing with a final time of 7:37.76.

“I think we actually did really well and swam our best. We need to work on the obvious things like starts and turns, but also attitude too,” said Gregg.

Madyson Bungo dropped three seconds in the 100 backstroke with a final time of 1:49.08.

Nick DelBaggio worked off three seconds in the 100 breaststroke with a finishing time of 1:20.41.