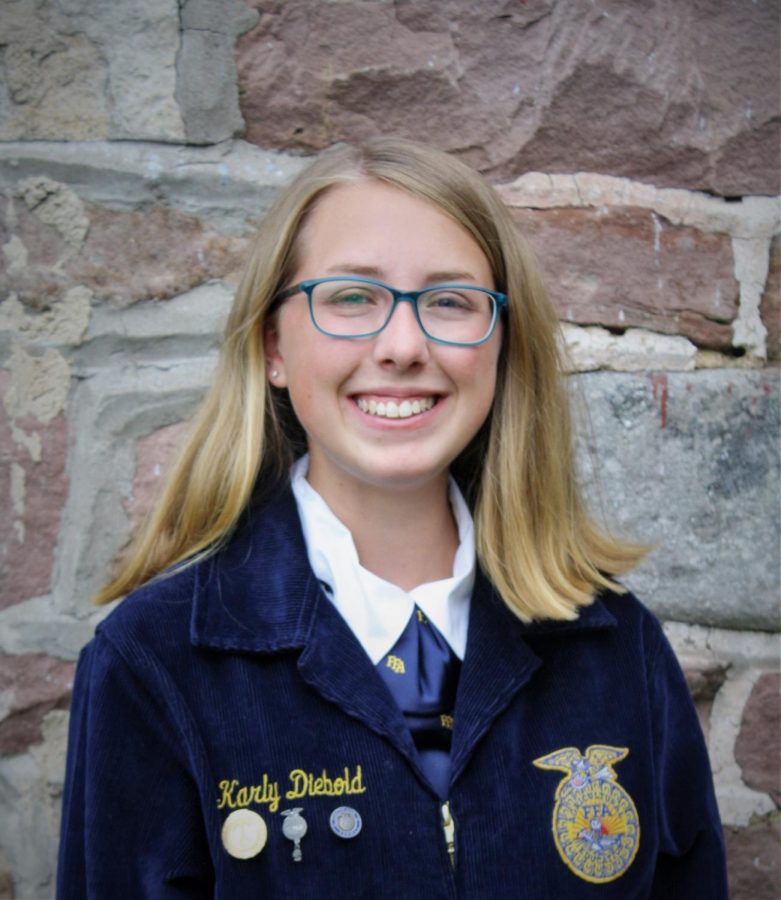 In September, the top ten national finalists were announced and had to complete and submit a video recording answering specific questions. The videos were judged and the final three were presented live at the convention during a virtual General Session.

“It was very different competing virtually because I had to make a five-minute video and not go over the time limit. It was very stressful because I am used to being able to talk about my experiment for seven to ten minutes, not just five. Also, I missed not being able to meet everyone at Nationals because that was my favorite part last year,” said Diebold.

After graduation, Diebold plans to attend either Pennsylvania State University or Juniata College to major in chemistry.

The National FFA Agriscience Fair recognizes students who gain real-world, hands-on experiences in agricultural enterprises. Students use scientific principles and emerging technologies to solve complex problems related to agriculture, food, and natural resources. The agriscience fair is for middle and high school students. Students compete in one of six categories and under one of the six divisions – either individually or as a team.