Covid-19: A Tale of Two Countries 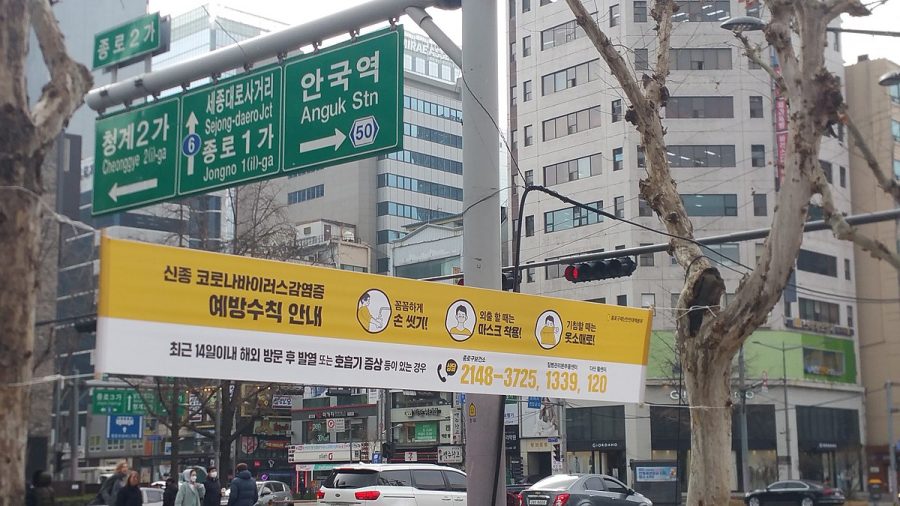 The United States announced its first confirmed case of Covid-19 on January 20th, the same day as South Korea. As time went on South Korea experienced a rapid rise in cases that eventually peaked on March 1st. Since then, the number of cases in South Korea has dropped.

However, the United States has a very different experience. While cases of Covid-19 seemed to be isolated through the month of February in the United States, a sudden spike increased in the beginning of March. Since then the number of cases has continued to climb, with 945,833 cases and 53,266 deaths as of April 25.

Today South Korea is slowly returning to a state of normalcy. So how was South Korea able to beat the curve while the United States has become the epicenter of the disease?

Perhaps most importantly, South Korea had the benefit of experience, having faced a similar virus, the Middle East Respiratory Syndrome (MERS), in 2015. After they managed to contain the MERS virus, they began to plan for a future outbreak. So before the Covid-19 virus even hit, South Korea was already primed to respond and knew that the two most essential things to contain a highly contagious virus is rapid action and widespread testing.

One week after the first Covid-19 case was confirmed, South Korean government officials met with representatives from medical companies to develop corona test kits for mass production. The following week, thousands of kits were shipped throughout the country, and the country currently produces enough kits to test 135,000 people per day. To prevent the spread of the virus, officials also imposed emergency measures in Daegu, where the first case was confirmed, which included strict social distancing regulations.

Despite these actions to control the virus, large-scale testing did not even begin until March. Many health and disease experts say that the United States lack of action in February allowed the disease to grow exponentially. No significant national action was taken during this time regarding social distancing or travel restrictions within the country.

Meanwhile, President Trump continued to claim the virus was not a serious threat, despite the rising global death rate. In an interview with Fox News at the time Trump stated, “Well, I think the 3.4% is really a false number,” in reference to the global death rate.

After learning their lesson from the MERS outbreak, South Korea knew that mass diagnostic testing of the public was essential to counteract the spread of Covid-19.

Two weeks after the first confirmed case, thousands of testing kits were sent to hospitals throughout the nation despite the number of cases still being in the double digits. In order to not overwhelm hospitals and clinics, 600 separate testing centers were created. There are 50 drive-through stations where patients fill out a questionnaire, and are asked to do a remote temperature scan and a throat swab. The process takes about 10 minutes with results coming back in a few hours. Even restaurants, hotels, and office buildings conduct temperature checks to ensure customers do not show symptoms of a fever. The country has conducted over 595,000 tests with 51.64 million citizens. In early February the per-capita rate was more than 40 times that of the United States. By doing so they were able to isolate and treat victims before they could spread the disease.

In the United States mass testing is still not widely available in most areas, especially rural places. On February 4th, the C.D.C. had developed tests for the virus, but the following weeks showed the tests were not working in the labs it was administered to. By mid-February the nation was only testing 100 samples a day. Due to limited testing only people who had recently traveled to China or been in contact with someone infected were tested. By the end of February there were confirmed cases of people who had no contact with those infected or who had traveled to China. This meant the virus had been spreading throughout communities for some time without being detected. This was shown in the skyrocketing of confirmed cases in the beginning of March. Despite the delayed response, the United States has almost caught up with other countries. The US has tested 5,164, 417 people currently of the 328.2 million population. This rate surpasses South Korea, as South Korean cases have already peaked and started to dwindle. As of now the United States is testing 15,697 people for every 1 million of the population. These numbers are an indication that testing is slowly but surely reaching the needed rate.

The problem is that the only way society can return to normal is if each person is tested before they come into contact with more people.

According to the CDC, about 20% of all tests coming back are positive for the virus. William Hanage, an epidemiologist at Harvard says this number should be around 10%. This number appears to be high because not enough people nationwide are being tested so the only numbers coming back are positive cases. In countries where widespread testing is available, the positive rate is 10% or less.

In countries like South Korea, there is still concern of a second wave. Keeping these concerns in mind though, restrictions on gyms, restaurants, and churches were relaxed and social distancing is expected to relax in early May.

The future of the United States and its people depend on us following the example set by South Korea or we may face several more waves of the virus in the future.