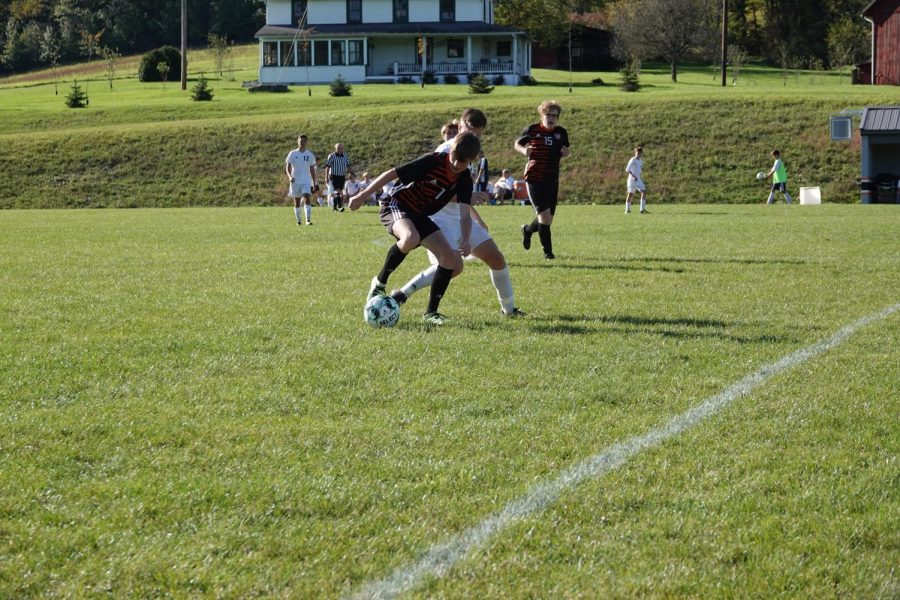 Conner Bardell dribbling the ball away from an opposing defender.

After taking a hard hit from the Hollidaysburg Tigers, Tyrone fell 13-0 to Penns Valley on September 9.

The first half ended 3-0. This was a big deal for Tyrone, for this was the best score they’ve maintained by halftime.

Going into the second half, the boys had the idea to even the score up and come back to get the win.

Almost out of nowhere, Penns Valley scored two goals in the first 5 minutes of the second half. Tyrone needed to make some positional changes which were meant to decrease the number of goals being let up.

Although that was the idea, the adjustments did not pay off as the Rams put three more in the back of the net.

As the game went on, Tyrone let five more on the board.

Thirteen goals later, the Eagles walked off the field with a result they did not wany, but they will continue to keep their heads up and play hard throughout the rest of their season.