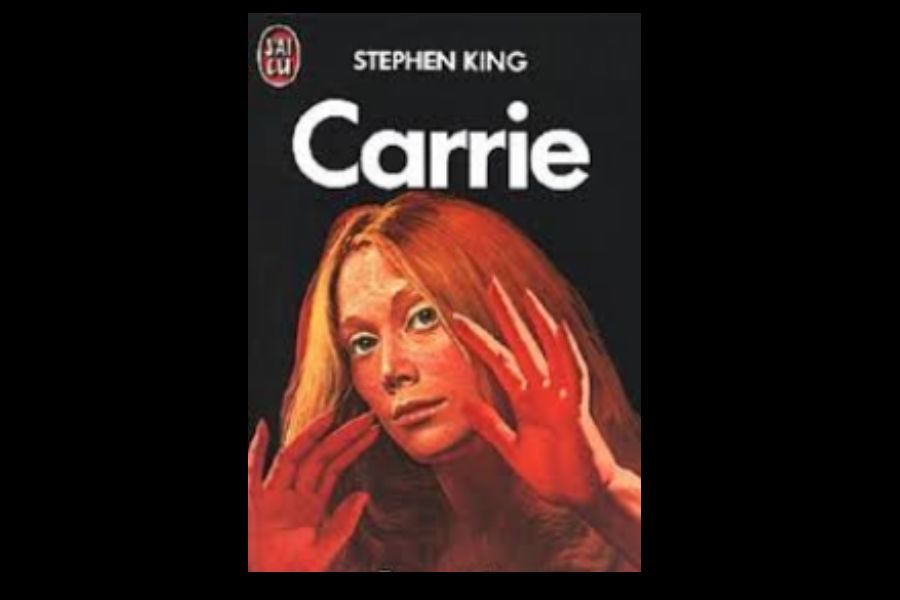 With 70 books published, Stephen King is a one of the best known authors in fiction horror. King’s books have sold anywhere between 300-350 million copies. Many of his stories and novels have been turned into major motion films, including Stand by Me, The Shining and The Shawshank Redemption.  One of King’s most popular books, Carrie was his first published work on April 5th, 1974.

This novel is one of the most commonly banned books in schools in the US. Because of Carrie’s violence, cursing, underage sex and negative view of religion, many schools refuse to carry the book. This book has been banned in Nevada, Vermont, Iowa, New York, Pennsylvania and North Dakota. It is ranked #81 on the Top 100 most banned/challenged books in 1990-1999.

While Carrie is not part of the Tyrone High School collection, there are 28 other Stephen King novels available in the TAHS Library.

According to English department policy, students can choose to read almost anything for certain class assignments, however parent permission is required for some titles with controversial themes.

In the novel, Carrie White is not like the other girls at her high school.  Because of her very religious mother, Margaret, Carrie is bullied each school year for being a “religion freak”. One day in the locker room shower after gym, she begins her menstrual cycle in front of all of the girls that hate her. Christine Hargensen, the leader of the gang that hates Carrie, and her followers all throw feminine hygiene products at her.

Little do they know, Carrie has the unnatural talent of telekinesis that her mother tries to claim is the “devil’s work”. Then, one prank at her first ever prom as a senior leaves everyone in shock of what Carrie White is really capable.

King switches perspectives and point-of-views in a way that the reader can follow easily. King’s descriptions of characters and places makes it feel like you’re right there in the town of Chamberlain, Maine. He foreshadows to leave your mind guessing and craving more. At times, the scenes in Carrie are hard to wrap your mind around and very confusing. However, King brings it back to where the reader can comprehend such matters.

Other than her strange ability, Carrie White is a relatable character in certain ways. She doesn’t agree with her mother most of the time. She wants her mother’s approval, but also wants to be defiant at the same time. If this doesn’t sound like the typical teenage girl, then I don’t know what does.

Carrie is a classic horror novel that will make you keep reading more and more. It’s engrossing and enticing to all. This is a must-read for anyone. Once you read Carrie, you will become a King fan immediately. Hope you enjoy this gruesomely amazing piece of literature!