A man with many hats 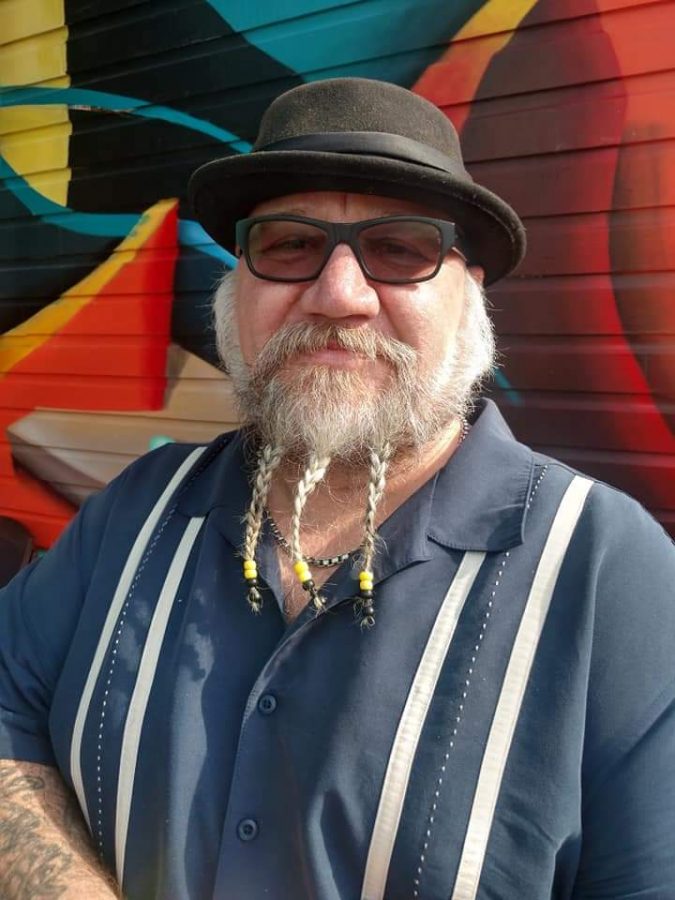 Tyrone alumnus Scott “Seed” Sessamen’s life has been defined by one word: service. He has served his community and his country well.

“Seed wears his heart on his sleeve. He has great compassion for others, especially kids and animals. He will give the shirt off his back to help others in need and I have seen him do this many times,” said Tyrone High School teacher Cummins McNitt.

Sessamen was born and raised in Tyrone, which he described as both a blessing and a curse.

“In our little town, everyone is a relative, extended family, or school friends of your parents, or grandparents. Though it was hard to be bored here as a kid. When all you needed to do was go outside and explore, play baseball, ride bikes, go fishing…Growing up here for me, most days rivaled Tom and Huck and their adventures. If you were a bit wrong in what you are doing one day to the next, there was no shortage of people to tell your parents,” said Sessamen.

From a very young age, Sessamen knew he wanted to do something special with his life and serve his country.

“From the time I was in kindergarten, I wanted to be in the armed services, or a police officer like my father. I decided to do both and in eleventh grade, I joined the U.S. Army as a Military Policeman. I reported to Uncle Sam the very night I graduated,” said Sessamen.

Sessamen served in the US Army from 1989 to 2005. There he saw much of the country and the world.

Overseas Sessamen was stationed in Germany, Italy, Panama, and Honduras, and he also served tours of duty in Kuwait and Iraq during the second Gulf War.

“Many people do not understand the difficulties of being in the military unless you are a veteran,” said Sessamen.

As a member of the military family, Sessamen most appreciated the friendships that he made.

“You would get stationed in a new unit and as it is moving to a new school. You have to sort out the jokesters, from the bullies, the people who talk a lot but do very little. Then you make friends, life-long friends and you live with them, work, sweat, conquer back-breaking tasks with them,” said Sessamen.

By traveling the world, Sessemen learned that Americans often take things for granted because they don’t see how people live in other countries.

“No matter how bad life gets there are entire countries worse off than me. I witnessed families living in rusty tin sheds. Stuffed with plastic bags to stop the weather. Those people had one set of pants and two shirts, hand-carried water from a polluted stream to bathe and eat with,” said Sessamen, “These families would smile and welcome you to their home just because they were good people. Life can always be worse.”

Although he is out of the military now he still finds important ways to serve his family and his community.

Sessamen has been a volunteer fireman, a member of the Fire Police, a 4-H leader, and an active member of various veteran charity organizations such as the U.S. Veterans Motorcycle Club, the Disabled American Veterans, and the American Legion.

He has also been very active at Tyrone High School, as a volunteer pole vault coach.

“Coach Sessamen is a very big influence on the pole vaulters. He is an awesome coach and has a lot of patience with the athletes,” said sophomore  Justin Jackson.

Despite the big beard and gruff exterior, Sessamen is someone who exemplifies the concept of service to his country and his community.

“While Seed might look like a big bear of a guy, he is really a big ole’ teddy bear,” said McNitt.