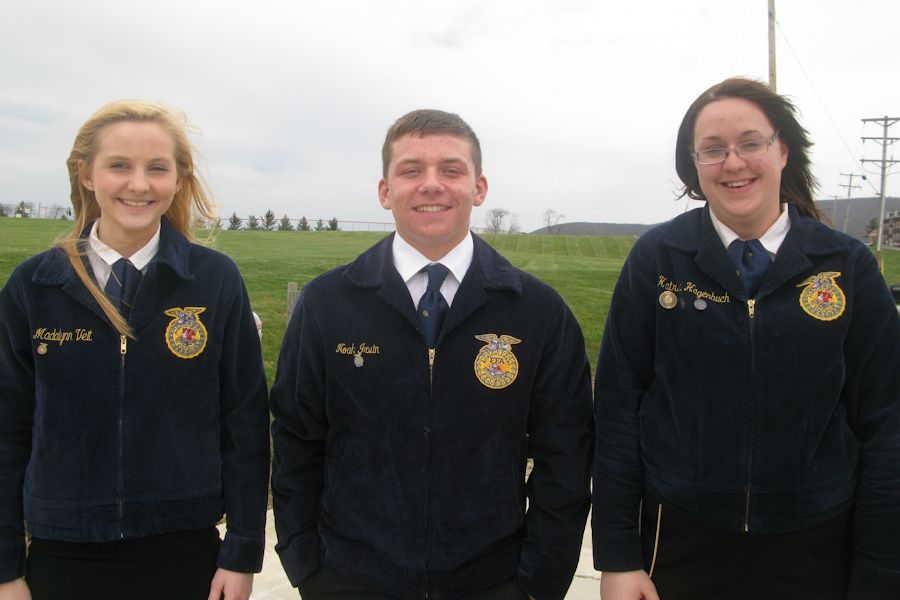 On a brisk windy evening on March 31st, three Tyrone Area FFA members traveled to Central High School in Martinsburg to compete against other public speaking qualifiers from Blair, Bedford and Fulton Counties.

Katrina Hagenbuch placed third overall in the Extemporaneous Public Speaking category and will move on to the regional competition. The speakers were given a specific topic and thirty minutes to develop a speech with facts and personal references. Hagenbuch presented a four to six minute speech to a panel of judges.

Maddie Veit, competing against nine students in the Senior Prepared Public Speaking, placed fifth overall. She shared personal stories about her Supervised Agricultural Experience (SAE) project and how she showcases the good practices she uses with her sheep program.

“I’m proud of myself for even participating in public speaking. I never thought I would even make it this far,” said junior Maddie Veit. “For my first time I am not complaining about receiving 5th! I cannot wait for next year.”

Noah Irvin was challenged by the FFA Creed memorization for the FFA Creed Public Speaking event. Irvin memorized the five paragraph creed which was first adopted in 1930 and been through several revisions as the National FFA Organization has grown and encompasses all aspects of agriculture.