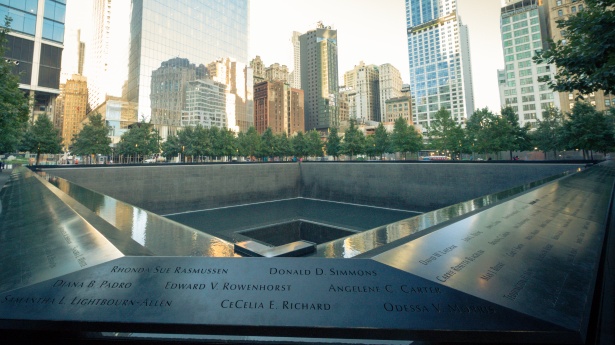 The 9/11 memorial located at the World Trade Center in New York City honors all 2,977 people who died in the terrorist attacks on that day.

Twenty years ago today nearly 3,000 Americans woke on a clear, sunny Tuesday morning and started their daily routine not knowing that it would be their last.

Millions of students went to school not knowing that the lessons they would learn that day would have nothing to do with their textbooks or homework. Hundreds of first responders went to work not knowing they would not return home. Workers went to their jobs without thinking if they will ever have another workday.

Over 17,000 people who worked in the World Trade Center didn’t know it would be the last day the buildings would stand.

Thousands of people ran errands, caught a flight home, and began a vacation, not knowing that they would never return home to their families.

Any adult alive that day can clearly tell you where they were and what they were doing. Many can recall everything that happened, how they felt, and how the world reacted to the news. Most adults when asked on the subject may even break down in tears after remembering the fear they felt on that day.

Tuesday, September 11th, 2001 started as a normal day with bright blue, clear skies. At 8:46 am the first attack came as an American Airlines plane crashed into the North Tower of the World Trade Center. Onboard were 76 passengers and 11 crew members who were killed instantly.

Within the first few minutes after the crash, many refused to believe the act was anything but a tragic accident. Thirteen minutes later police ordered an evacuation of the towers. Only a minute later, the order expanded to the whole World Trade Center as over 17,000 people began to desperately exit the building.

At 9:03 am a second plane crashed into the South Tower and it was apparent to everyone that this was no accident, instead, it was a terrorist attack.

Fire erupted around both towers causing a black cloud to pollute the bright morning sky. At 9:59, fifty-six minutes after the strike, the South Tower collapsed causing an enormous cloud of smoke, dust, ash, and parts of the building to flood the streets and crash into pedestrians. Twenty-nine minutes later at 10:28, the North Tower fell to the ground.

In the World Trade Center attack, 2,606 people were killed.

The number does not justify the first responders and pedestrians that also died following the attacks due to lung cancer or other illnesses from the harmful debris of the collapsed towers.

The two planes that crashed into the World Trade Center were not the end of the terrorist attacks, as two more hijacked planes were to follow along with many more deaths.

While people were struggling to get out of the burning towers, a third plane crashed into the west wall of the Pentagon killing the passengers on board and 125 more people inside the building.

A fourth plane, Flight 93, crashed into an open field near Shanksville, Pennsylvania at 10:03. The plane was later thought to be targeting the United States Capitol Building or White House by investigators.

Overall, almost 3,000 people were killed in the aftermath of the 9/11 terrorist attacks. The families of those killed had no warning that they would never see their sister, brother, son, daughter, mother, father, and so on ever again. Their lives and the lives of people throughout the world would never be the same.

History had suddenly changed as the United States faced one of its worst terrorist attacks.

More than a thousand memorials around the country honor the victims and first responders of the terrorist attack. Students are still taught about the horrific day in school and how it greatly impacted the world. Families of the victims still mourn the deaths as they attend yearly ceremonies.

On September 24th, 2002 Flight 93 memorial began construction after President Bush signed into law an act to make the crash site into a National Park. The memorial is used to honor and respect the 40 passengers who fought against terrorists to stop a planned attack on the United States Capitol.

Flight 93 features a memorial plaza that outlines the path that the plane took as it crashed into the field, a rock designating the exact spot the plane crashed, personal walls and tree patches for each of the passengers, and a visitor center where you can listen to recorded calls and voicemail messages of the passengers.

On March 13th, 2006 the construction of the 9/11 Memorial and Museum began which was built to honor the 2,977 people killed in the September 11 attacks and the six killed in the 1993 World Trade Center bombing.

The memorial is located at the World Trade Center in New York City where the twin towers once stood. The museum tells the story of 9/11 through videos, narratives, and a collection of monumental and authentic artifacts. The museum also includes personal stories of loss, recovery, and hope from many victims and families of ones who were lost.

The National 9/11 Pentagon Memorial opened on September 11th, 2008, seven years after the attack. The lives lost in the attack on the Pentagon are represented by memorial benches. The benches are all positioned in a way that distinguishes the onboard victims of the airplane from those inside the Pentagon. The benches for the passengers are positioned so a visitor would face the sky when reading the victim’s name, while those dedicated to the victims who were inside the building have the victim’s name and the Pentagon in the same view.

The memorial also features a curved wall, called the Age Wall. The wall gradually grows from 3 inches tall to 71 inches, representing the ages of the victims at the time of the attack.

On September 10th, 2018, Flight 93 added the Tower Of Voices to its memorial. It wasn’t until two years later that the 40 chimes were added to the tower. The Tower of Voices acts as both a visual and audible reminder of the heroism of the forty passengers and crew members.

This year only family members of victims are being welcomed to all the memorials due to the ongoing pandemic. For the 20th Anniversary Commemoration, families of the 9/11 victims will gather on the Memorial plaza to read aloud the names of those killed in the 9/11 attacks and in the 1993 World Trade Center bombing.

During the ceremony, six moments of silence will be observed, acknowledging when each of the World Trade Center towers were struck and fell and the times corresponding to the attack on the Pentagon and the crash of Flight 93. At sundown, the annual “Tribute in Light” will once again illuminate the sky in memory of the anniversary of the attacks and to honor each victim who died.

News sources everywhere will be covering the live ceremony for everyone to watch at home. Make sure to tune in to remember and honor all those lost to the terrorist attacks 20 years ago on this day.